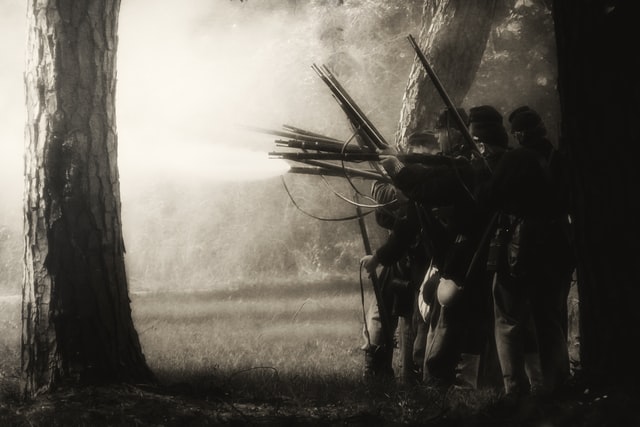 War is a terrible thing. It’s been the topic of many books, movies, and video games; and for good reason. War is sad, gruesome, and devastating to those who are not directly involved in it as well as those who are. It causes unimaginable atrocities that will echo for generations to come. The Civil War is no exception. When does Captain America Civil War come out on bluray?

We’re going to talk a little bit about the Civil War here; specifically, the truths behind it that you may not know about or have forgotten from your history class growing up.

In the beginning, the Union had about a million troops against the Confederacy’s 400,000. The Confederacy raised roughly $88 million from Confederate states and foreign countries but only $12 million from Union states and abroad. This leads to our first point: the numbers don’t lie.

2. Slavery Is a Huge Reason for the Civil War:

The Civil War was one of the most divisive events in American history. One side wanted to abolish slavery while the other side wanted to keep it alive (for themselves at least). When Lincoln was elected in 1860, he stated this right away: “My paramount objective is to save the Union… if I could save the Union without freeing any slaves, I would do it. If I could save it by freeing all of the slaves, I would do it. And if I could do it by freeing some and leaving others alone, I would also do that.” Lincoln was against slavery and even made laws to prevent slave trading, but many states still sheltered slavery and wanted to keep their “property.”

3. More than 600 Civilians Died During the First Battle of Bull Run:

The Union had a few inexperienced men in their military while the Confederacy had men who knew how to fight battles as they were most likely in or around the American Army during their time in service. The Union suffered about 2,000 casualties and the Confederacy suffered 1,500, but the Union also captured about 500 Confederates. We’ll call this one a tie.

4. The Civil War wasn’t just a “War Against Slavery”:

Abolitionism was a much bigger issue than slavery at the time. Slaves were only a small fraction of the population while abolitionism was supported by many more people across the country. So while most people did fight for the North because they wanted to end slavery, there were those who fought for other reasons such as life, family, or just plain hatred of the South.

This is a great quote from the book The Civil War in 50 Objects from PBS: “The Civil War was originally billed as a 90-day war. It took more than four years to settle the issues of slavery and secession, and both sides suffered catastrophic casualties.” The South was fighting for their way of life. Many men served in the war for years. Out of about 2 million Union soldiers, about 360,000 died; about 260,000 were wounded but survived; and 275,000 were missing or captured on both sides. So that’s roughly 700,000 soldiers who died or went missing during the war. That’s terrible!

General Ulysses S. Grant was very important to the Union’s victory in the war. But he didn’t make sure that General Lee surrendered immediately after the battle ended. But by no means did General Lee give up without a fight, as he still had about 30,000 troops under his command.

7. Abraham Lincoln Really Did Want to Free All Slaves:

Abraham Lincoln wanted to end slavery and make sure that it would never return again. After he won reelection, he told his adviser William Seward that “if I could save the Union without freeing any slave, I would do it; if I could save it by freeing some and leaving others alone, I would also do that.” When Lincoln finally made the proclamation about freeing all slaves, he deepened the schism between North and South.

In the Emancipation Proclamation , Lincoln stated “that on the first day of January 1864, all persons held as slaves within any State or designated part of a State the people whereof shall then be in rebellion against the United States shall be then, thenceforth and forever free.” There were many slaves that didn’t actually hear the proclamation and weren’t freed until years later. And as we all know, slavery still exists today in some parts of the world.

9. The South Didn’t Defend Their Right to Their Slaves:

The South fought for their way of life and not even to protect their slaves because they knew they would lose if they continued to fight. To them it was better to surrender and stop the war or they’d lose everything and still be free from slavery forever.

The Civil War is definitely a sad part of American history, but it is also essential to our understanding of American history. It is the dividing line between the South and the North and it has shaped our country into what it is today. The Civil War was certainly seen as a victorious war for the Union, but it was far from perfect. As we’ve learned just recently with the Confederate statues in Charlottesville, Virginia, people still have strong feelings about this war because there are people who believe that the South did nothing wrong and fighting for their own way of life which included slavery. So as we embark on more battles in America’s future, we should remind ourselves of our history so that we don’t make the same mistakes twice.